The Société coopérative de laiterie de Baulmes (Baulmes dairy Cooperative Society) was able to build a new, larger and more modern cellar as an extension of the cheese dairy located in the village. It took advantage of a combination of circumstances. The municipality, at the foot of the Jura mountains in the canton of Vaud, wanted to remove the neighbouring building in which it had been storing wood. The shed was demolished, giving way to a cellar that holds 237 tonnes of Gruyère AOP annually.

"When the sun shines in the morning we are often self-sufficient in energy during the cheese-making process. It's an undeniable advantage!"

"It was our cheesemaker who suggested we carry out this work. He was tired of brushing the wheels by hand every day," recalls Gérald Hurni, president of the dairy society. "We immediately found his request to be a legitimate one. We also knew that the day he left, it would be easier to find a new cheesemaker if we switched to using robots to brush the cheese".

The dairy society did not hesitate for long as it was given the opportunity to build a cellar adjoining the cheese dairy. As the two buildings were only eight metres apart, there was the possibility of connecting them. The municipality therefore granted it long-term building rights on the adjacent communal land for an extension.

The project started in 2012. But administrative procedures and two appeals delayed its completion. Given the climate of uncertainty as years went by, a small robot was installed in the old cellars. It then took its place in the new one, which receives an average of nineteen wheels of Gruyère AOP per day, as well as some soft cheeses. The dairy society chose wooden supports for authenticity and aesthetic and economic purposes since the municipality of Baulmes is forested. It favoured particularly thick insulation to minimise noise outside, which at the same time helps to keep the temperature inside the cellar cooler.

It should also be noted that the south side of the roof is covered with 100 m2 of solar panels which were financed by the cheesemaker. In good conditions, they produce around 15 kW/hour. "When the sun shines in the morning we are often self-sufficient in energy during the cheese-making process," notes Mr. Delessert. "It's an undeniable advantage!"

Since the work was completed in May 2019, Christian Delessert, the cheesemaker, has been happy, as he can now mature his cheese wheels until they are weighed, i.e. 110 days instead of 45 days previously. "The work is also less arduous," he says, "since everything is on the same level. Before you had to use the lift to take the shelves out, then pass them through a small window before washing them." His satisfaction is shared by the dairy society and the 9 producers of Baulmes, Rances and Peney who deliver a little more than 2 600 000 kg of milk per year. The Gruyère AOP from Baulmes finishes its affinage with Margot SA in Yverdon. 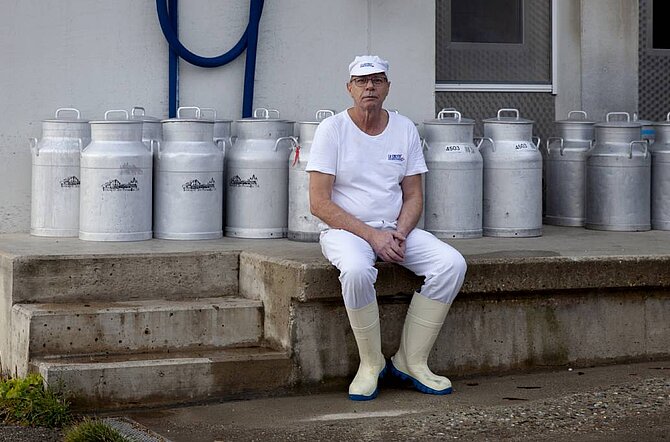 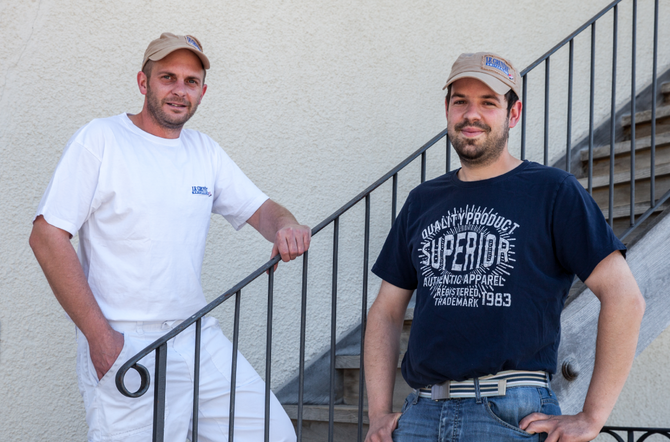 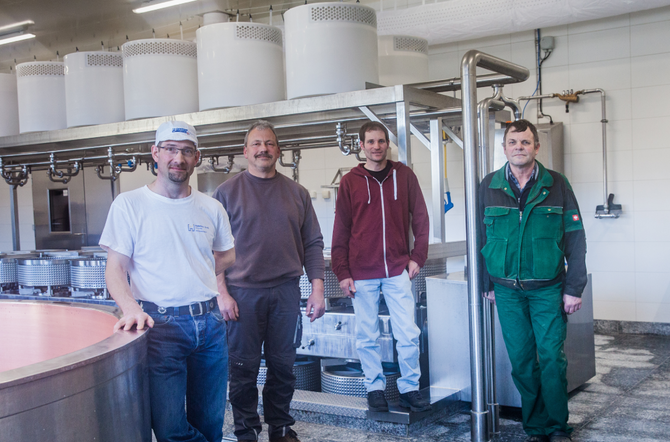