The Fribourg State Council has chosen Le Gruyère AOP from the Lanthen cheese dairy in Schmitten to be served at government receptions throughout 2022. This excellent cheese was developed by Markus Sturny-Fontana and his team. This is the first time that a cheesemaker from the Singine region has received this award.

"When I arrived in 1994, it was very difficult. Fortunately, in the year 2000, we were able to produce Le Gruyère AOP. The quality quickly improved. Three or four producers withdrew and the ten remaining producers became IP Gruyère, which also undoubtedly helped the quality. If we hadn't been able to join the IPG, the dairy would probably have disappeared."

He is convinced that quality depends on many factors. For him, 25% comes from the quality of the milk, 25% the cheese dairy, including the technical equipment, 25% the work and expertise of the cheesemaker and 25% to the communication and harmony between the producers and the cheesemaker. "This last point is crucial," he says, "because if this relationship is not successful, it will have a bad influence on all the other percentages.”

The son of a farmer from Tafers makes it a point of honour to create a relationship of trust with the ten producers, who mainly come from the municipality of Schmitten. "If there is a problem with the quality of the milk, I react quickly, because it is important to discuss and find a solution together. But I always remain cordial and respectful."

In 2016, when the new cellar was built, the choice was made to use brick walls. If the atmosphere is too humid, the bricks absorb some of the water. If, however, the atmosphere is too dry, the bricks release some of the water. Sometimes this is not enough, so it is necessary to wet the bricks. On the other hand, if the cellar is too wet, they can no longer absorb water. As a result, there is little room for manoeuvre.

The cellar has manual ventilation: three openings in the wall - which can be opened or closed completely or partially - equipped with fans. In addition, stainless steel pipes along the walls allow water to flow through at two degrees to cool the air. This is the traditional way of maintaining the right temperature. In summer, this cooling system functions extensively, but in winter it works for only two to three hours a day..

The cellar in Lanthen is only 9 by 18 metres. An automatic ventilation system would have taken up a lot of space. Therefore, the cheesemaker and the Cooperative Dairy Society preferred to keep more space for the wheels of Le Gruyère AOP and to rely on tradition. Although Mr. Sturny-Fontana likes to work on the computer, he is even more confident in his ability to observe and touch.

"It's a very delicate job," explains Markus Sturny-Fontana. "I control with my hands. The first few weeks the wheels are all white and they have to stay wet. Then they have to dry. By observing the crust, I also decide whether they should be turned and whether more or less salt is needed. I can then program the robot to do what I decide."

This excellent quality of cheese has not always been the case. In the past, the Lanthen cheese dairy made Emmental and there were major quality problems. "When I arrived in 1994, it was very difficult. Fortunately, in the year 2000, we were able to produce Le Gruyère AOP. The quality quickly improved. Three or four producers withdrew and the ten remaining producers became IP Gruyère, which also undoubtedly helped the quality. If we hadn't been able to join the IPG, the dairy would probably have disappeared." 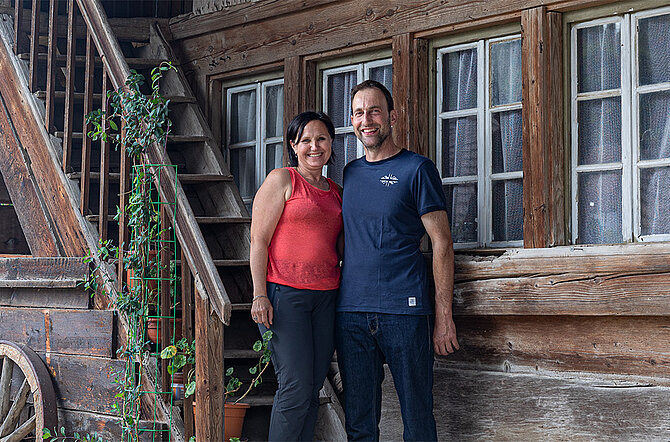 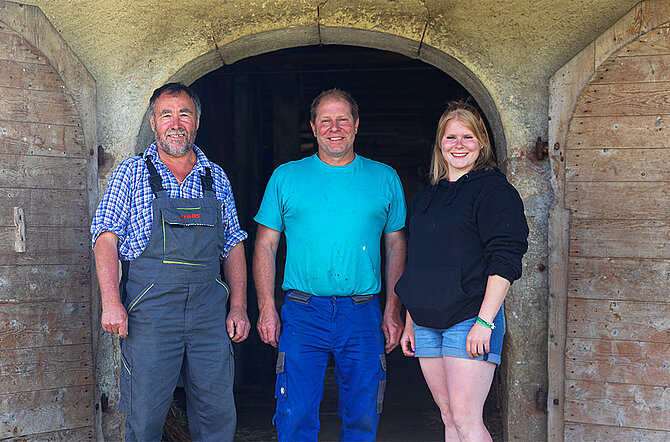 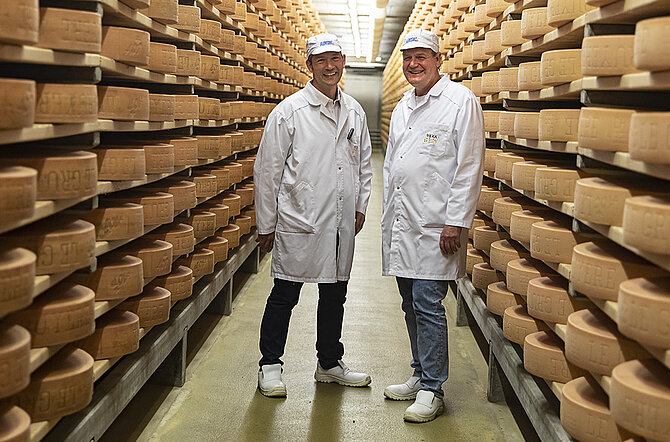