What an incredible history the macaron has had!  Just think: One finds snippets of information on the subject during the Middle Ages when its name designated different preparations.  It was sometimes called  “Maccherone”, “Macaroni” and even “Priest’s belly button”.  In the beginning, macarons had nothing to do with the multi-coloured, crispy on the outside, creamy on the inside biscuits that we know today.  It was a sort of bulky biscuit, brown in colour which became notorious among the royalty at Saint de Luz at the marriage of Louis XIV and Maria Theresa of Austria.  It wasn’t until the nineteenth century that it was enhanced with jams and liqueurs.

At the beginning of the 20th century, the Parisian macaron was introduced to the world by the pastry chef Ladurée with a sweeter version using jam, cream and butter, not to mention a palette of colours inviting one on a gourmet culinary excursion.

This is a new variation, savory rather than sweet, which we propose.  A surprising combination:  Gruyère AOP and this mythical recipe!

This recipe also goes well with ‘bricelets’ and walnuts or almonds can easily be substituted for the hazelnuts.
Share the recipe 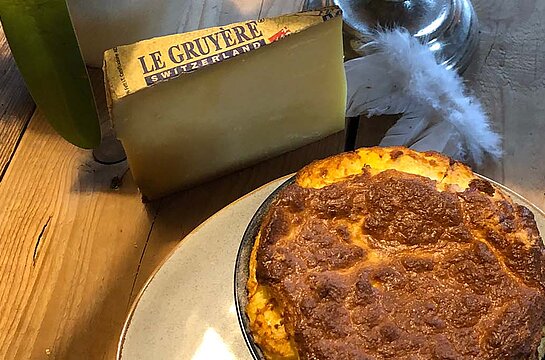 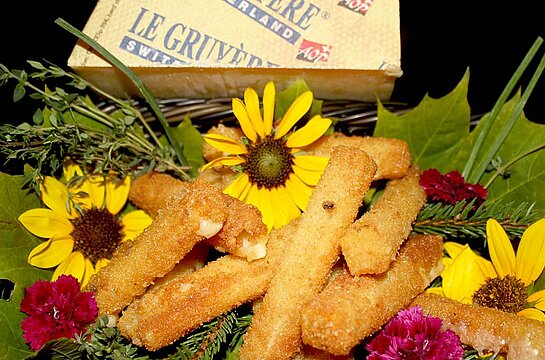 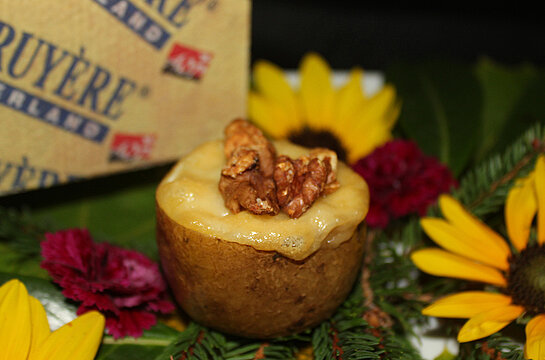