In order to raise the profile of Gruyère AOP and Vacherin fribourgeois AOP produced in the canton of Fribourg, the State Council has carefully selected one of each to be served at government receptions. The winners were honoured in Montbovon and Semsales.

On behalf of the State Council, President Anne-Claude Demierre this morning awarded two prizes for the best Gruyère AOP and the best Vacherin Fribourgeois AOP of 2021 in the canton of Fribourg. They were awarded to the Gruyère AOP produced by Manu Piller at the Semsales cheese dairy and the Vacherin Fribourgeois AOP produced by Marc Delacombaz at the Montbovon cheese dairy.

"The Canton of Fribourg is proud to be able to showcase two traditional, high-quality products and congratulates the cheesemakers and their companies on their daily commitment" 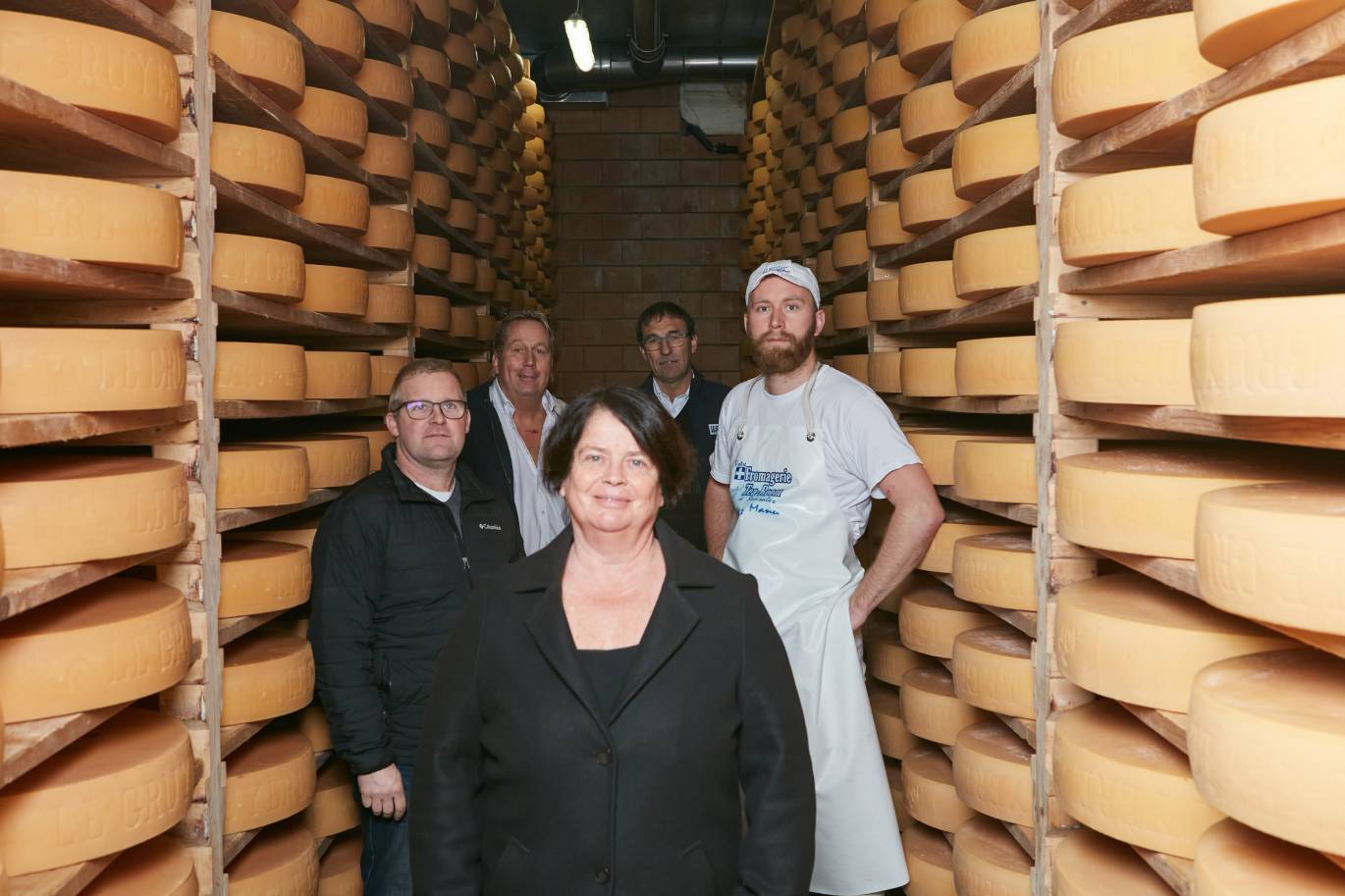 Emmanuel Piller has been running the Semsales cheese dairy since 1994 after obtaining his master qualification in cheese making in 1992. In 1997, Mr. Piller was one of the 20 delegated cheesemakers to lead the Interprofession du Gruyère (IPG). Four years later, this creation led to the recognition of the Protected Designation of Origin (PDO) for Gruyère. Manu Piller is still involved in the IPG, including his work as a cheese expert who checks on the excellent quality of the cheese produced by the association every month.

Today, the Semsales cheese dairy is a small SME that employs three qualified workers, including Mr.Piller's son, Loïc Piller, also a master cheesemaker, an assistant and above all 2 apprentices, who also demonstrate the association's commitment to training.

The cheese dairy transforms the milk of 14 regional producers. It produces mostly Gruyère AOP, but also Vacherin Fribourgeois AOP and Niremont, a semi-hard speciality reminiscent of this mountainous Veveyse peak. All these products can be found in the tea-room shop, the village's meeting place.

The Piller family is happy to be able to count on its enterprising cheese company, which made it possible to build new cellars in 2000 and then completely renovate the facilities in 2015.

As a result, Semsales has all the assets needed to produce a quality Gruyère AOP that is sold in an optimal way on the various markets by the cheese maturing company Fromage Gruyère SA in Bulle.

Emmanuel Piller and his entire team are proud and honoured to be able to fly the colours of the Fribourg Government in 2021.